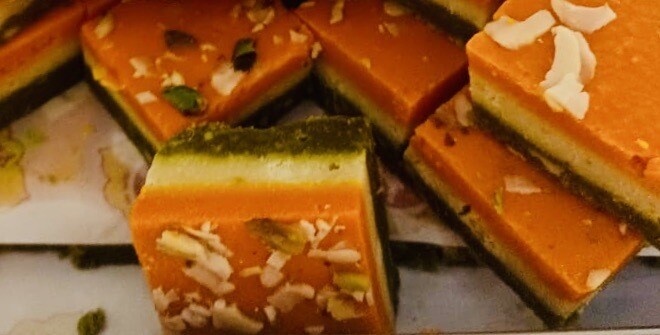 During the Freedom struggle, the government could censor newspapers and it wasn’t easy to plaster walls with posters. This is when Benaras created sweets that served as slogans. Tirangi Barfi on display substituted for the tricolor flag beloved of the freedom fighters.

This is a must-have delicacy from the old city of Banaras (Varanasi ). It is made from the best quality Cashews, Pista, Badam and Khoa (mawa)

Save this product for later
Display prices in: INR